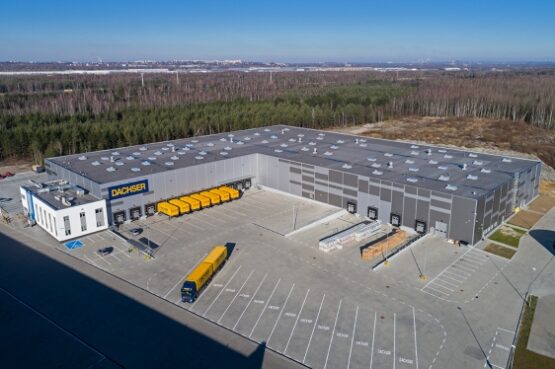 BIK Park Sosnowiec II is located in the immediate vicinity of the intersection of two important communication arteries – the A4 motorway connecting Rzeszów with the western border of Poland and the eastern bypass of Silesia – the S1 road leading through Cieszyn to southern Europe. The location is a great place to distribute to the entire region of the Upper Silesian Industrial District and, through an excellent communication system, to the southern neighbors of Poland. The logistics center is currently constituting warehouse hall No. 5 with an area of ​​11.5 thousand. m2 of which is a cross docking warehouse dedicated to the tenant.

In the newly built warehouse hall No. 5 in BIK Park Sosnowiec II, the Capital Investment Office installed the innovative Sense S-One system. It is used for continuous control of flat roofs and preventing their overloading.

“We also plan to install the system in the newly constructed hall 6 in Sosnowiec and in all our subsequent warehouse projects, including in the planned logistics center Krakow III in Targowisko near Krakow. We made this decision with the aim of increasing the safety and standard of the offered warehouse space” emphasizes Krzysztof Mucha, Business Development Manager from Biuro Inwestycji Kapitałowych S.A.

“Tenants expect the highest standard at the same time as the lowest possible cost. Installation of security monitoring systems certainly belongs to the elements favoring the client’s choice of location” says Krzysztof Mucha. Expenses related to the installation of the system are on the developer’s side. “On the other hand, the costs of installing and using the system should pay off in excess due to lower costs of maintaining the facility. As a result, this not only does not cause an increase in the price of renting space, but on the contrary in a longer time affects lower maintenance fees “he adds.