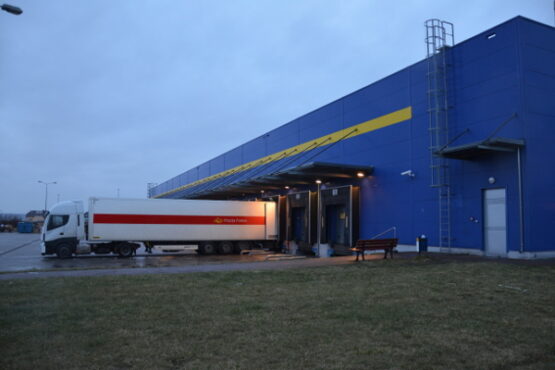 Poczta Polska has one of the largest real estate portfolios in Poland, among the various types of buildings. There is also a network of large Expedition and Distribution Hubs (EDH). At the beginning, we implemented SENSE S-One sensors in a building of WER Bydgoszcz with a roof area of ​​17,000 m2. The installation itself was carried out at an express pace, which allowed its commissioning even in the winter season. The users are glad the aplication is user friendly and they had no problem to keep an eye on the roof safety.

Our cooperation with Poczta Polska is a few examples of successful implementation of a small startup with a large state-owned company. This success was due to several technical and economic factors, but above all to the involvement of the team of the Polish Real Estate Management Division.

“In the next steps, equipping the next logistic buildings of Poczta Polska is being considered, thanks to which flat roof risk management will be possible from the headquarters in Warsaw. Ultimately, the system will save the cost of maintaining buildings and make them even safer for millions of shipments and thousands of people working here” says Andrzej Szymański, Deputy Managing Director of the Infrastructure Division of Poczta Polska S.A.